A little background from Donny Brewer's web site about one of his great songs, "FISHIN’ ON CREDIT"

“Many men go fishing all their lives without knowing it is not fish they are after.”
― Henry David Thoreau

"This song has my favorite back story. My buddy Greg Guenther and I were wade fishing in Corpus Christi one afternoon, enjoying the fishing atmosphere more than the fish. I called out “Hey Greg, you got any bait left?” “Nope,” he says, “You?” “Nope,” I replied. Then we proceeded to cast our empty hooks in the water and pop another cold one. Greg smiles and proclaims, “We’re fishing on credit!” So, with a partial chorus in hand, I visited my friend, Pete, a wonderful quirky songwriter who actually lives in Corpus. If anybody would be able to come with some good fishing lines, I knew he would. Oddly enough, at a gig a day later, my pal Tony (another great writer of silly songs) showed up in town out of the blue, so I told him about the song too. Over the next couple weeks, we all texted and emailed lyrics back and forth. What’s funny is that none of these three guys ever met! Yet we were able to come up with one of my favorite songs on the album.

I played the drums on this one in a rather unorthodox way. I used a 2×4 to play the kick drum by hand and used toms for the rim sounds, as well as the loosened bottom head of a tom for the “timbale” sound. I was doing my best to get the rhythm section to sound as quirky as the lyrics. Thanks, to Pete and Greg, for helping me recreate that wade fishing conversation on the recording. Oh yeah, and the fishing reel and water noises you hear on there were “played” by Greg." 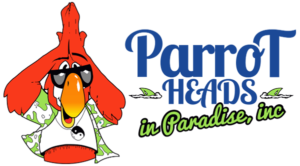